Eating These Foods Can Reduce Depression in Just 3 Weeks

According to a recent study, replacing beer and pizza with fish and fruit made young people less depressed. Research suggests poor diet is associated with mental health disorders like anxiety and depression but can changing your diet really reduce these symptoms after you exhibit them?

A new randomized controlled trial on young adults shows that improving diet for a brief period, just three weeks reduces depression symptoms and may provide long-term improvements in mood. The study, published in the journal PLOS One, is the first of its kind to examine how changes in diet affect people with depression between the ages of 17 and 35. It’s a critical time period when young adults are creating habits that last the rest of their lives. The way they eat during this formative period can lead to different health outcomes later in life. 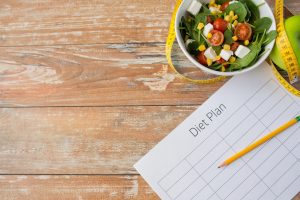 The research pinpointed certain foods: healthy fats like olive oil or walnut oil, spices like cinnamon and turmeric, fresh fruits and vegetables, and fish. The results showed that all of these foods contributed to major improvements in depression. Researchers also found that reducing intakes of processed foods — like cookies, fried foods, or so-called “junk foods” — may in fact matter more than upping intake of healthy foods like fruits, vegetables, fish, or whole grains. Study participants who kept eating unhealthily saw the same moderate-to-high levels of depression.

They even helped participants troubleshoot future problems with time and cost-saving, as well as social pressures, to help them incorporate these diet changes into their university lifestyles.

Researchers checked in with the students by phone twice over the course of the three-week study. Before and after the diet intervention, the team assessed participants’ scores for depression, anxiety, mood, and performance on several learning and reasoning tasks. “Participants didn’t have to be strict with their diet to get the mood-boosting benefits.”

Three months later, the researchers followed up and found that the participants who kept eating healthily maintained better moods than those who gave up the healthy diet or never tried it in the first place. Surprisingly, the participants didn’t have to be strict with their diet. Even with minor slips, they still retained the mood-boosting benefits.

For information about nutrition and improving your health, contact us at Washington Wellness Center.